A new look for ABC Deli

S-group’s ABC Deli is an urban dining chain, where popping in for a snack has been made quick and effortless.

The new concept was designed to freshly distinguish itself from the nationwide ABC-service stations. It was to have a modern and an energetic feel and a communication concept, which addresses the urban car users.

We designed a deliciously coloured concept with an international atmosphere, communicating easy and effortless dining also in its ad copy texts. 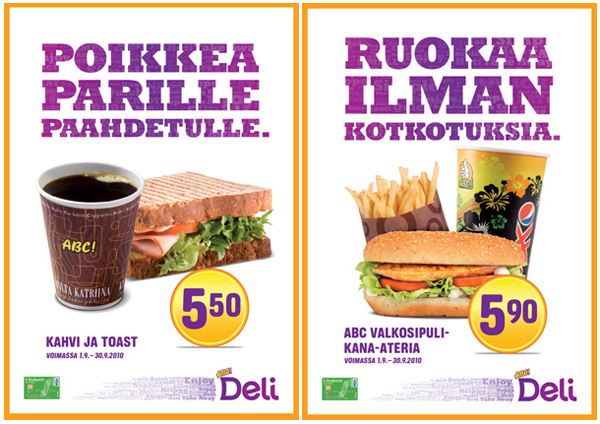